Meadowcliff Elementary School in Little Rock is located just off south University.  The school serves about 250 students.  Ninety-seven percent (97%) of those students live at or below the poverty line.  Almost half struggle with reading.

One 5th grader at the school, Miles, is a fairly good reader.  But Miles is also very quiet.  He rarely talks and has a soft voice when he does speak.  He is the oldest of five boys, aged toddler to ten, all being raised by a single mother.

That mom, Diane, is stretched pretty thin.  Extra time and extra money can be hard to come by.  For example, winter boots and gloves are extras in Arkansas.  So when 12 inches of snow fell last week and social media was populated with pictures and videos of kids enjoying the cold and snow, it wasn’t as fun for kids with sneakers and bare hands.  Kids like Miles.

Diane is always watching for opportunities that will benefit her children. So when she heard about City Church Network’s Vital Families in Schools mentoring initiative she contacted the church mentor coordinator by text.  “I want to see if you could help me with a mentor for my son. He’s 10 years old.”  She hoped that a mentor would help bring him out of his shell.

The goal of Vital Families in Schools is to see every public school in the area have a church partner investing in the lives of students and their families through providing tangible support, student mentoring, and/or family-to-family connections.

At the suggestion of CityChurch Network, one of Meadowcliff Elementary School’s church partners had already trained and vetted several male mentors.  After Diane’s call, Miles was quickly paired up with Steve.  One day they will meet in person.  But, for now, they get together once a week for 30 minutes on Zoom.

While these sessions are designed to be both fun and educational, a large part of the first couple of meetings involves getting to know one other.  Miles was predictively very quiet.  Steve did most of the talking, asking questions to get to know Miles better. Answers would come, but only in a soft voice and after long pauses.

Miles shared that he missed playing basketball and that he loved Marvel heroes.  He has a cat named Princess and his best friend is Josh.  Sometimes Miles’ answers caught Steve off guard.  When asked about his dad, Miles simply said, “I don’t have one.”  When asked what he and his mom liked to do together, he replied, “We don’t really do anything together.” And, in answer to the question, “If you could go anywhere in the world, where would it be,” Miles said, “McDonald’s.”

Every Wednesday at 3:00 Steve hops on Zoom and soon Miles appears.  For the first several sessions, Miles remained so quiet that Steve wondered whether he was enjoying their time together.  Steve wondered whether Miles was just showing up because he was supposed to, or if he was making a connection with Miles at all.

Then one week Steve’s doubts were erased when Miles asked a simple question: “Can we meet again tomorrow?” So, he WAS enjoying this! It was the week with lots of snow in Arkansas…school was canceled and Miles suspected that Steve would be stuck at home too.  So…why not meet again?  Steve agreed…why not?  The mentor coordinator and Miles’ mom said okay, so they did.

Steve and Miles are now taking turns reading from a book about Frederick Douglass, considered the father of civil rights, and Miles is coming out of his shell.  He hears Steve read with expression and Miles is starting to do the same.  Steve builds his confidence by saying, “You are a great reader, Miles!”

Steve points out that since they are meeting virtually, they can go anywhere on adventures together. For example, they visited the San Diego Zoo.  Live webcams allow viewers to select animals and watch them.  Steve shares his screen, Miles picks the animal and Steve clicks on the webcam.  Just like a real trip to the zoo, some animals were active and some were just lying around.

Miles really loves to play “Kahoots,” an educational online game, making up creative names for himself as a player. He’s competitive and loves to win.

In the future, Steve plans to help build up Miles’ at-home library with a series of books that interests Miles.  And once the pandemic is over, he plans to take Miles and his brothers to a basketball game.

Steve is already seeing progress with Miles, after only six 30-minute sessions. He says he can only imagine how Miles will grow in confidence further as they meet over the long term.

As Vital Families in Schools helps dozens of churches grow their church-school partnerships to include mentoring, the positive impact on students and our community will multiply exponentially. 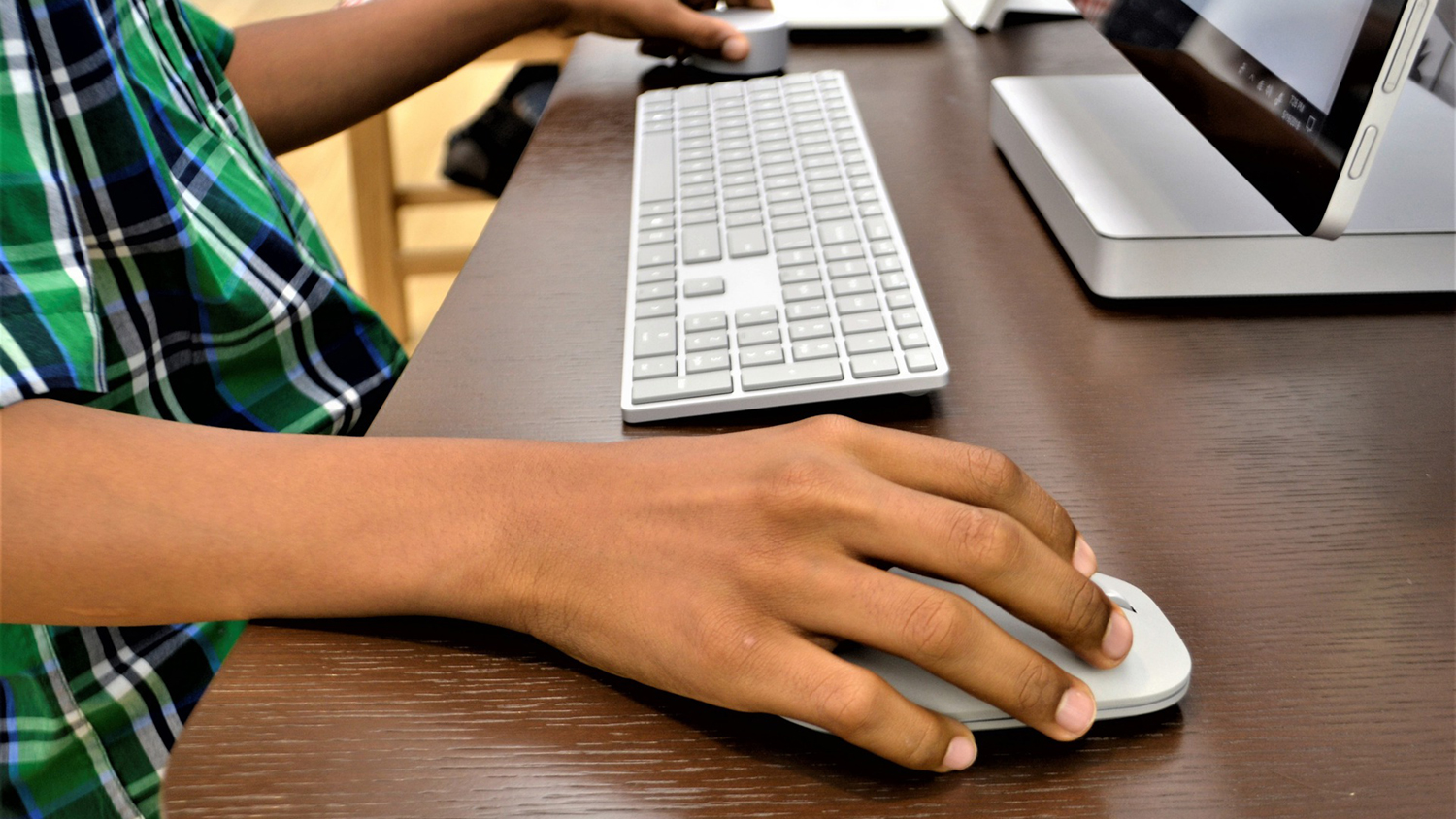