If there’s one thing you can say about Tony Minick, it’s that he is a storyteller. And it’s no wonder. His life has been anything but ordinary. For his 80-plus years on this earth, he’s lived the life of a salesman, an evangelist and a pastor. Along the way, he’s seen God do incredible things and maintains a strong conviction that even greater things are to come. My two-hour conversation with Tony felt far too short because I was furiously writing notes as Tony told story after story of a life lived to the full.

FROM SALESMAN TO EVANGELIST

In 1959 Tony went to college for one year at Evangel in Springfield, Missouri. Tony was, in his words, “not a real outgoing person as a child.” But something changed in him that year in Springfield. Little by little he started to come out of his shell. “Sometimes your greatest handicaps become a gift because you have to overcome them,” Tony told me. And overcome them he did. Once shy and timid, a new Tony began to emerge who was more outgoing and outspoken and people took notice.

After his time at Evangel, Tony’s uncle saw potential in his nephew and connected him to a sales job. Tony took the job and found himself out of town a lot traveling on business. As any traveler knows, you’ve got to find ways to pass the time out there on the road. Tony wasn’t much for T.V., so he spent those long hours in motels and hotels across the country reading his Bible. And then it happened. He thought, “I could just memorize what I’m reading.” And that’s just what he started doing.

He focused on chapters that personally touched him. One of his favorites to this day is Revelation 21. “Can I recite it for you?” he asked me. “Sure, why not?” I replied. Tony’s a fan of the King James Version, a personal favorite of mine for how it melodically rolls off the tongue. He began, “And I saw a new heaven and a new earth: for the first heaven and the first earth were passed away; and there was no more sea…” He continued until he had recited the chapter in its entirety. I was stunned. “How in the world can he remember everything?” I thought. Tony’s answer — “When you put God’s Word in your heart, it stays there forever.”

Tony took to sales like a duck takes to water. At the time he had a great wife, a good job and a place to call home. But something stirred in Tony’s heart. God had other plans for him. He wanted to turn this salesman into an evangelist. Instead of selling fasteners, staplers and nailers, Tony would offer something far more valuable to others — Jesus and his gospel. When he told his boss, he didn’t get pushback. His boss saw the excitement Tony had for Jesus and for evangelism. “The next thing I knew,” Tony said, “I was gone!”

In 1971 the Minicks bought a 28-foot trailer, hitched it to the back of their car and were on their way to the next adventure, which happened to be Jackson, Tennessee. There Tony helped plant a small church from scratch. While there Tony — ever the hungry, determined evangelist — wanted to reach young people by doing something he found success with back in Arkansas. Instead of bringing young people to the church, he could go out and meet them where they were at…in schools. He had organized crusades for young people before at places like the Robinson Center in Little Rock where upwards of 3,000 young people attended those events. So Tony got to work promoting a crusade to be held at a local coliseum in Jackson.

Day after day Tony and others went to local schools in the area and passed out flyers for a showing of the short film High Society. According to Tony, drugs hadn’t quite made their way to the South en masse but there was a growing interest in them among young people. Tony knew the importance of reaching people with the gospel at a young age:

You want to reach the youth in their most vulnerable season of life because they keep whatever they learn at a young age in their heart. What an opportunity to touch a life at such a young age!

The film would be followed by a testimony from Nicky Cruz, a former gang member in New York City, who was himself a traveling evangelist. After Cruz’s testimony, the gospel would be shared and an invitation given to surrender your life to Christ. Tony and the churches that helped with the event didn’t know how many people would come but they prayed with confidence for a large turnout. On the day of the event, 4,000 young people showed up eager to find out what this event was all about. That night changed countless lives for eternity.

Tony would go on to host more crusades in Jackson, Tennessee and other cities. It was during that time that he realized something significant that would guide him in ministry in the decades to come. As Tony put it:

One church can’t do all this. It takes a whole city. When I did crusades in Jackson a lot of churches came together and paid the price to buy books or rent the coliseum. Anything I’ve ever done, it took the city to do. Different denominations, different schools. Everyone.

After stints in Muldrow, Oklahoma and Milan, Tennessee, Tony and his wife Janie returned to Arkansas to help his cousin Johnny and brother Bobby plant River of Life Church in Southwest Little Rock. Quickly the church became highly regarded in the community for bringing people together across racial divides for ministry and outreach events.

The memories of past crusades and how churches came together for them stuck with Tony through the years. He knew that changing the city for the sake of Christ had to be a cooperative effort among different churches in the city. That’s why, nearly 25 years ago, he encouraged men from a pastors’ prayer group he was leading when he told them:

It’s going to take us coming out of the backyard playing backyard football. We have to get on the field and man a team to do what we need to do in Little Rock. We have to come together. It needs to be a city-wide move of God. We need to be here for each other, so God blesses the other and he blesses our efforts.

Tony reflected on those prayer meetings with pastors from different denominations and backgrounds. “We had some awesome times. There were times when we didn’t want to leave. It was that great. You’d see things you had missed all your life because you were involved with your own denomination. Our singing together and prayer time together…it was a foretaste of heaven and what we will experience in eternity!”

In time, Tony understood he needed to hand over the leadership of this prayer group to someone else. That someone was Ray Williams. He told Ray and the guys in this group, “Y’all are going to have to pick up the torch.” And so the torch was passed to the next generation to become something even Tony could not have envisioned.

What started out as a few pastors gathering together to pray for the city eventually became the Nehemiah Network, now CityChurch Network. CityChurch Network continues to honor Tony’s conviction that God will bring about change in the city when churches of the city not only come together but work together for the good of the city.

A CITY ON A HILL

Toward the end of our conversation, Tony told me a story about the late Corrie ten Boom, an itinerant speaker best known for The Hiding Place, a book recalling her faith journey in a Nazi concentration camp during World War II. As Tony told the story, Corrie was on a flight in the 1980s and inquired about their current location while in the air. They told her, “We’re flying over Little Rock, Arkansas.” Corrie then told them that she had seen a light down below and that, “There will be a revival in Little Rock that will touch the world at the end of time.”

When Tony heard this story, he asked the men in his pastors’ prayer group, “Do y’all believe that?” Could it be? Is it possible that God has plans to do great things in Little Rock that will “touch the world at the end of time”? I believe that the Spirit is moving in Central Arkansas and is doing something that will make Little Rock and surrounding cities it a city set on a hill, whose light cannot be hidden (Matthew 5:14). Thankfully, I’m not alone in that belief here in Central Arkansas. More churches from different communities are coming together to pray and work together for the good of the city.

We are thankful for the exceptional work of Tony Minick, former pastor of River of Life Church, and for all the churches in our city that are uniting believers in extraordinary prayer and working toward a genuine unity that displays the love of Christ. They’re helping the whole Church grow.

Speaking the truth in love, we will grow to become in every respect the mature body of him who is the head, that is, Christ. From him the whole body, joined and held together by every supporting ligament, grows and builds itself up in love, as each part does its work. 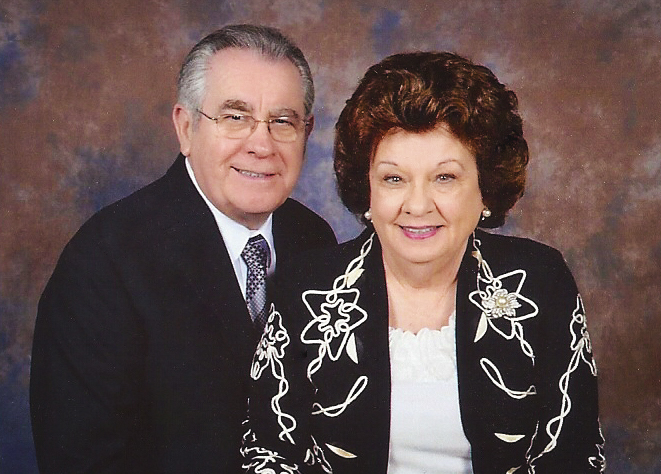