This article was written with the help of John Nicholson, a lay leader and Prayer Coordinator at New Harvest Church in Pine Bluff, AR.

In 2019, I learned of an annual citywide prayer meeting in Pine Bluff, AR hosted by House of Bread Ministries, Pastor Saint Mary Harris. The emcee was Pastor Author Hunt from Dumas, AR, who is also the State of Arkansas Coordinator for the National Day of Prayer. This prayer event was an outdoor meeting on the lawn of the Pine Bluff Civic Center where there were only about 70 people in attendance. My heart was broken with the thought of only 70 people attending in a city of over 40,000 people. I found my heart burdened and grieved. I went away apologizing to our Lord as I left there that day. My first thought was maybe the event was not promoted well enough.

Pastor Harris and I started an effort to do a better job of getting the word out.  We created a flyer and began passing them out for the next year’s event, asking other pastors to get involved. We also began making phone calls and sending personal messages out to get more people involved. Then we created Pine Bluff Prays Facebook group in an effort to connect with other people in our area. On that site, every pastor can announce prayer meetings and people can share prayer requests. That Facebook group is now over 4000 members strong and growing daily. The next year, 2020, Pine Bluff Mayor Shirley Washington attended our citywide prayer meeting. She declared the first Saturday of August a day of prayer in Pine Bluff and awarded Pastor Mary Harris of House of Bread, with the document to recognize her efforts as a forerunner and leader in the prayer movement. She has been praying for revival, walking neighborhoods, and praying for our city for many years.  Also in 2020, there were several leaders of the police and fire department as well as several other churches, music teams, and pastors in attendance.

Prayer is truly moving in Pine Bluff, many churches are praying and walking the streets of our city calling on God to move mightily. REVIVAL, we shout!  HEAL OUR LAND, we shout!  One pastor, Roosevelt Brown from Family Church Downtown is leading a prayer call. Every time a shooting death takes place in our city, he calls for a prayer walk at the location and we pray for the family and for violence to decrease in that neighborhood. As we pray, we put a small cross on the side of the road to represent God’s presence is still there.

Pine Bluff has also been coming together for worship in the streets at different times, where different churches across denominational backgrounds will come together and praise the Lord with worship and prayer. Pastor Travis Creekmore of New Harvest Church of God is doing Worship in the Park on Sunday nights this month. Last Sunday night was the first service with around 100 in attendance and we had three people come to know Jesus Christ. As this movement grows, our Lord is increasing our desire and connection between denominational lines.

Now, we have been given permission to meet at our local fairgrounds stadium, Hestand Stadium, on June 5th, 2021. For that event, which we have named, Greater Pine Bluff Revival of Hope, we are praying for 5000 people to be in attendance. This will by far be the largest prayer and praise event in Pine Bluff history. This event will be from 12 noon to 8 pm for a day of worship and prayer. We have people from multiple churches and denominations who will be providing food and refreshments.  We will also have bouncy houses and games for the children as pre-worship activities. Numbers are still growing but so far 8-10 churches will be participating. These are very exciting times in Pine Bluff! This will be the largest prayer event this city has ever seen.

In addition to the Revival of Hope event on June 5, 2021, we are also preparing for our next official Pine Bluff Day of Prayer event on August 7, 2021, at the Lawn of the Pine Bluff Civic Center. Mark your calendar to join us! 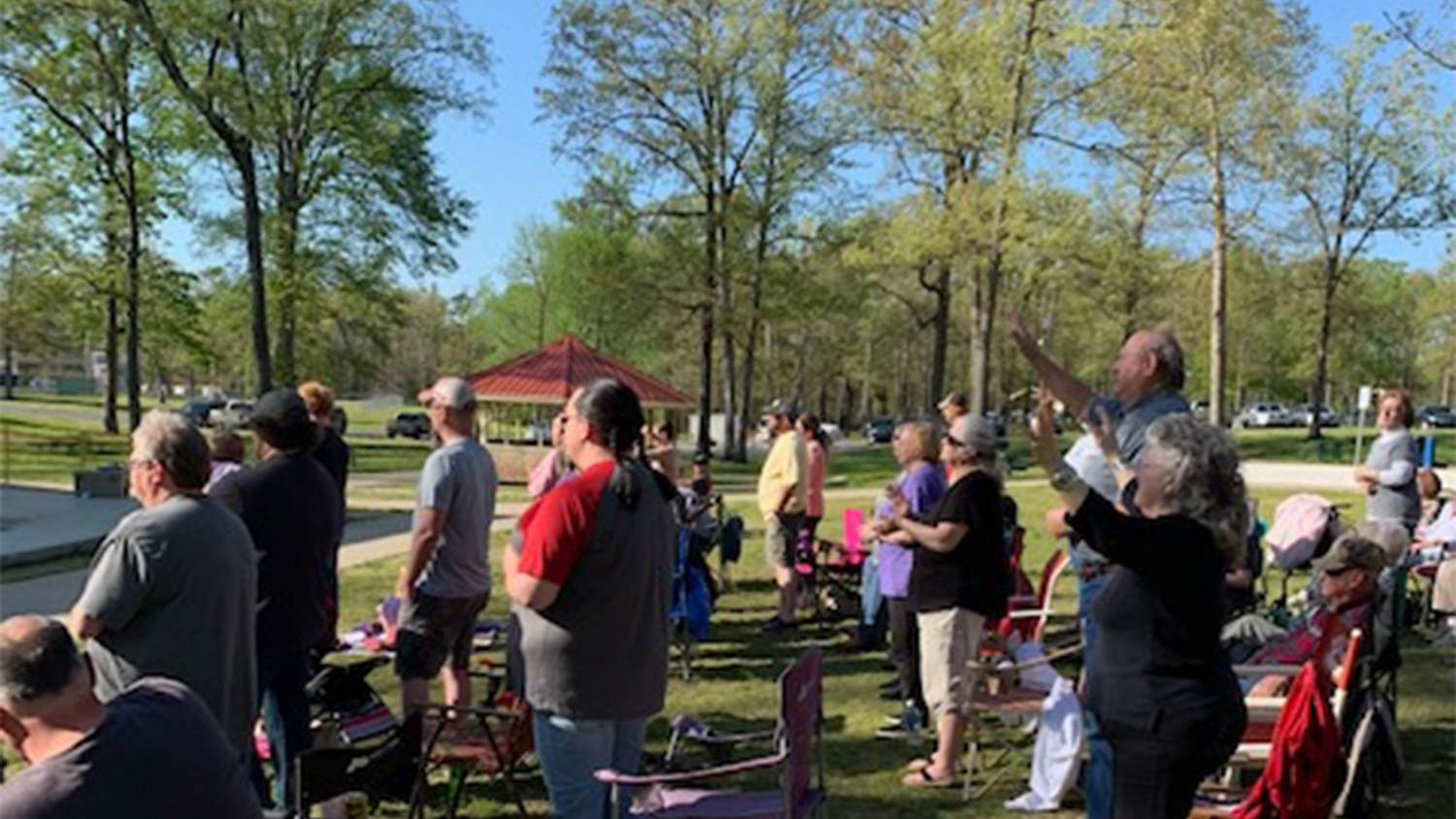