The 2020 Election Day in the United States is almost here, and millions have already voted.  Some political analysts are predicting we may not know the results in some races for days or weeks.  Whatever the outcome of this year’s elections, we are a country that is deeply divided.

In a recent blog post titled, The Deep Roots of America’s Political Divide, David Lapp, a research fellow for the Institute in Family Studies wrote,

“My neighbor isn’t alone in worrying about impending violence after the election. A new poll commissioned by Braver Angels, shows that 56% of Americans worry the election will result in more violence. Celebrities and citizens alike openly wonder how they can remain in America if their presidential candidate loses in 2020.”

He continues, “But the political polarization we experience in 2020 is a symptom of other divisions—especially the racial, the class, and marriage divides. These are divisions that have stoked a massive crisis of trust and led us to the brink of a national divorce in the American family.”

He concludes by saying, “To heal, we have to attend to the deep divisions that eviscerated trust and bonds—family bonds, neighborly bonds, economic bonds—and that drove us to seek refuge and too-much-meaning in our political identities. To heal, we will need to rebuild the families and communities that nurture trust, to re-learn the habits of neighborliness and solidarity—from the workplace to the neighborhood to the family.  To avoid civil war, we need to rebuild bonds of trust.”

How do we rebuild the bonds of trust?  First, we must admit it is impossible with human effort alone.   On March 13, 1863 in the midst of the American Civil War, Abraham Lincoln issued a proclamation calling for a National Day of Fasting and Prayer. It included these words,

We have been the recipients of the choicest bounties of Heaven. We have been preserved, these many years, in peace and prosperity. We have grown in numbers, wealth, and power as no other nation has ever grown. But we have forgotten God. We have forgotten the gracious hand which preserved us in peace, and multiplied and enriched and strengthened us; and we have vainly imagined, in the deceitfulness of our hearts, that all these blessings were produced by some superior wisdom and virtue of our own. Intoxicated with unbroken success, we have become too self-sufficient to feel the necessity of redeeming and preserving grace, too proud to pray to the God that made us! It behooves us, then, to humble ourselves before the offended Power, to confess our national sins, and to pray for clemency and forgiveness.1

The apostle Paul wrote in Ephesians 2:13-16, But now in Christ Jesus you who once were far off have been brought near by the blood of Christ. For he himself is our peace, who has made us both one and has broken down in his flesh the dividing wall of hostility 15 by abolishing the law of commandments expressed in ordinances, that he might create in himself one new man in place of the two, so making peace, 16 and might reconcile us both to God in one body through the cross, thereby killing the hostility.

The pathway forward in “rebuilding the bonds of trust” begins by trusting in Jesus Christ.  He is the Prince of Peace, He is the one who sacrificed his rights and gave up His life to break down the dividing wall of hostility.

Tuesday, November 3, Election Day in the U.S., will likely be a day that that continues to magnify the deep divisions in our culture.  Following the example of biblical leaders such as Jehoshaphat, Esther, and Ezra, and National Leaders including Presidents– George Washington, John Adams, and Abraham Lincoln, we invite churches, Christian leaders, and all Christ-followers to set aside this day for fasting and prayer.  Let’s unite together to humble ourselves, to confess our sins, and seek the help of Almighty God. Let’s begin to rebuild the “bonds of trust” by trusting in the Prince of Peace.  He is our only hope! 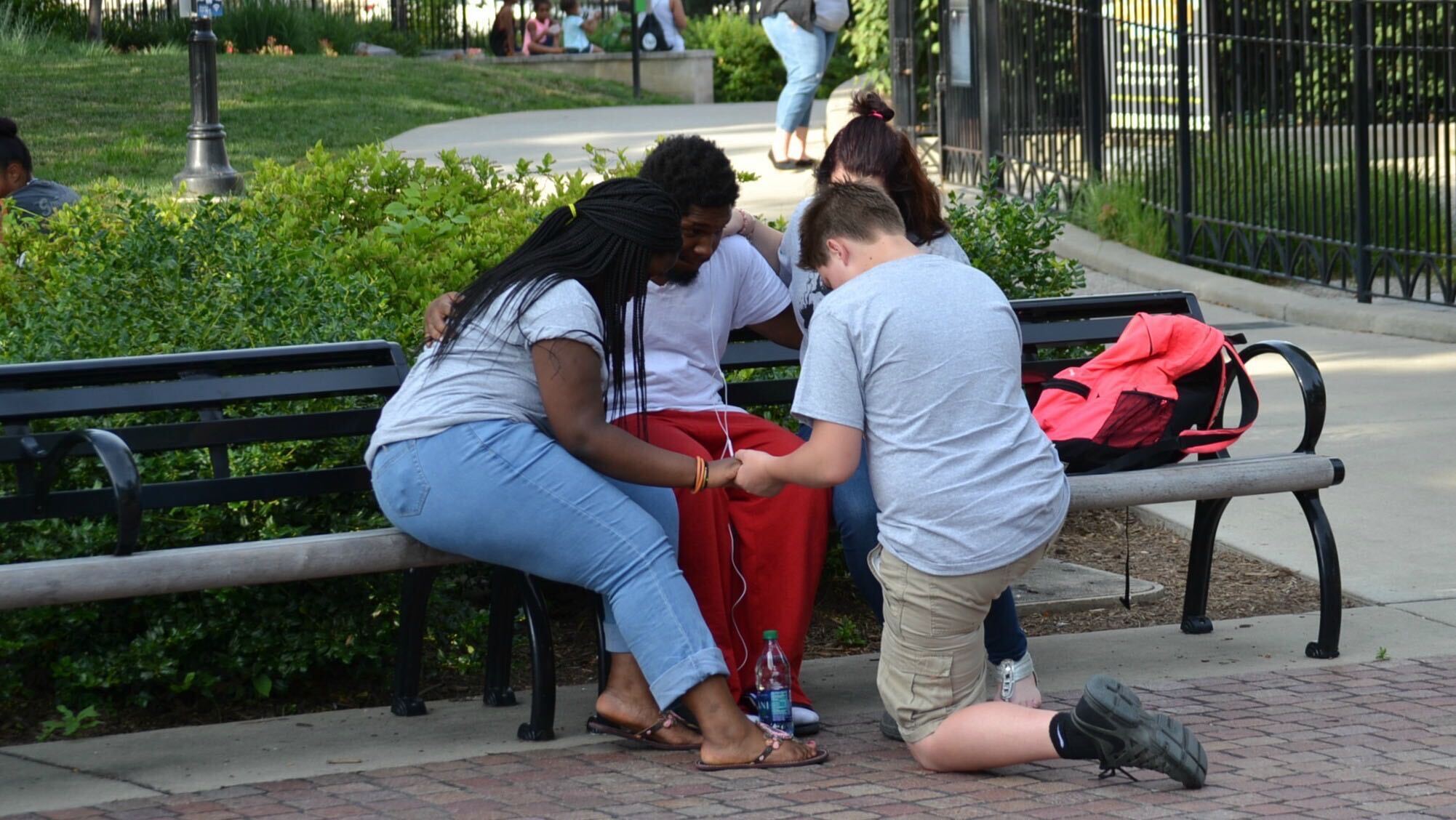